×
You are here: Home News 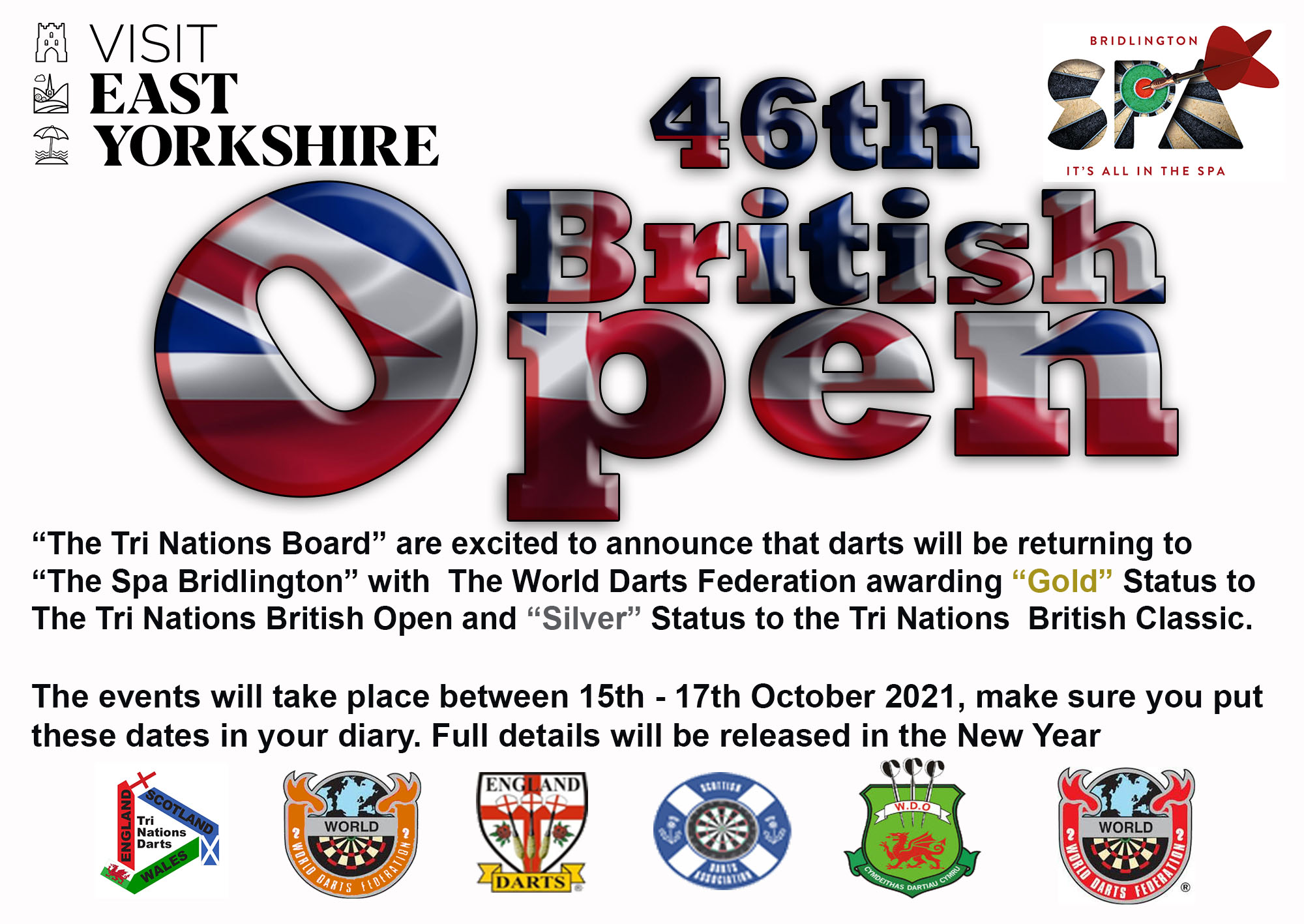 On behalf of the Tri Nations, I would just like to update some enquiries we have had.
I realise counties are making up their minds, and we don’t want to interfere whatsoever in the scheduling of these votes, it is entirely up to each of your counties executives to put the time scales they see fit on these.

In all my life I cannot ever remember the amount of time and effort a group of people have put into a project, that the 6 directors of the Tri Nations has since April, it is a testament to their dedication for the sport of darts all these people have invested over many decades to try and deliver a stable future in these very uncertain times. We have over these months put several proposals to the PDC for their consideration, these proposals were made to them personally (not on the phone) in face to face meetings at the highest executive level of their company.

It would be unfair and untrue for us to promise anything concrete at this time from these meetings, because we have been asked to come back to them with further information, a scenario which has been ongoing over these past months, we put in a proposal, the PDC ask us for further information.
This further information is far from simple to access and unbelievably time consuming to research and put together as a further proposal, to them.

So whilst it might be expedient for us to promise what could be a life changing situation in our side of the sport, nevertheless, you can understand we go to them, not in a position of virtually any commercial strength, after the recent  18 months.

So we will not promise anything we cannot 100% deliver, it may be a bit boring, it may not be glossy, and sadly the reality is will the rank and file of players really bother to look at the financial implications to the options on the table? Very doubtful!!

I can only reiterate irrespective of the final outcomes you eventually choose that basing budgets on future super league participations is not viable and very irresponsible to say the least.
We have counties presently who only deem their actual county players as bonafide Super League players.
Each county has its own rules concerning Super League, unless all of them were prepared to come under a common set of criteria, how on earth can anyone monitor who is a super league player, or just a player playing in their counties events, which in the future will not include qualifiers for World Masters or World Championships. Technically you may have a few divisions currently in your County super league structure, you could deem that the top division, will be your “Super League”, and the divisions below are your Championship Darts league, bit like the Premier League and Championship football ladder. So how on earth do you with any confidence budget your income from the counties to be £14,000, £13,525, or £10,500 all figures that are bandied about as credible, but in effect are pretty meaningless, basically as no one can anticipate the effect on our sport, of the pandemic, never mind insist that a three year forecast is achievable, most companies are hoping they will be trading at the end of their current financial year ending. The landscape of our sport is going to radically change from now on; our conversations with the PDC were aimed at trying to protect our grass root system. This is what we have to offer.

The Tri-Nations are very pleased to confirm that the 2020-2021 Tri-Nation County League will be run using the excellent Darts For Windows (DFW) operating system in all its matches.
The other potential groups who have intimated that they wish to run County darts have indicated their preferred system will be a different operating system.
Tri-Nations believe that DFW is a tried and tested operating system that suits County matches and one that all existing Counties already own copies of and many of their members are comfortable using.
The Tri-Nations Board would like to thank DFW’s Roger Boyesen for his co-operation.

Statement Issued By: Tri-Nations Board of Directors
12th July 2020

Please see the links below for the updated Tri Nations draft and comparison information.