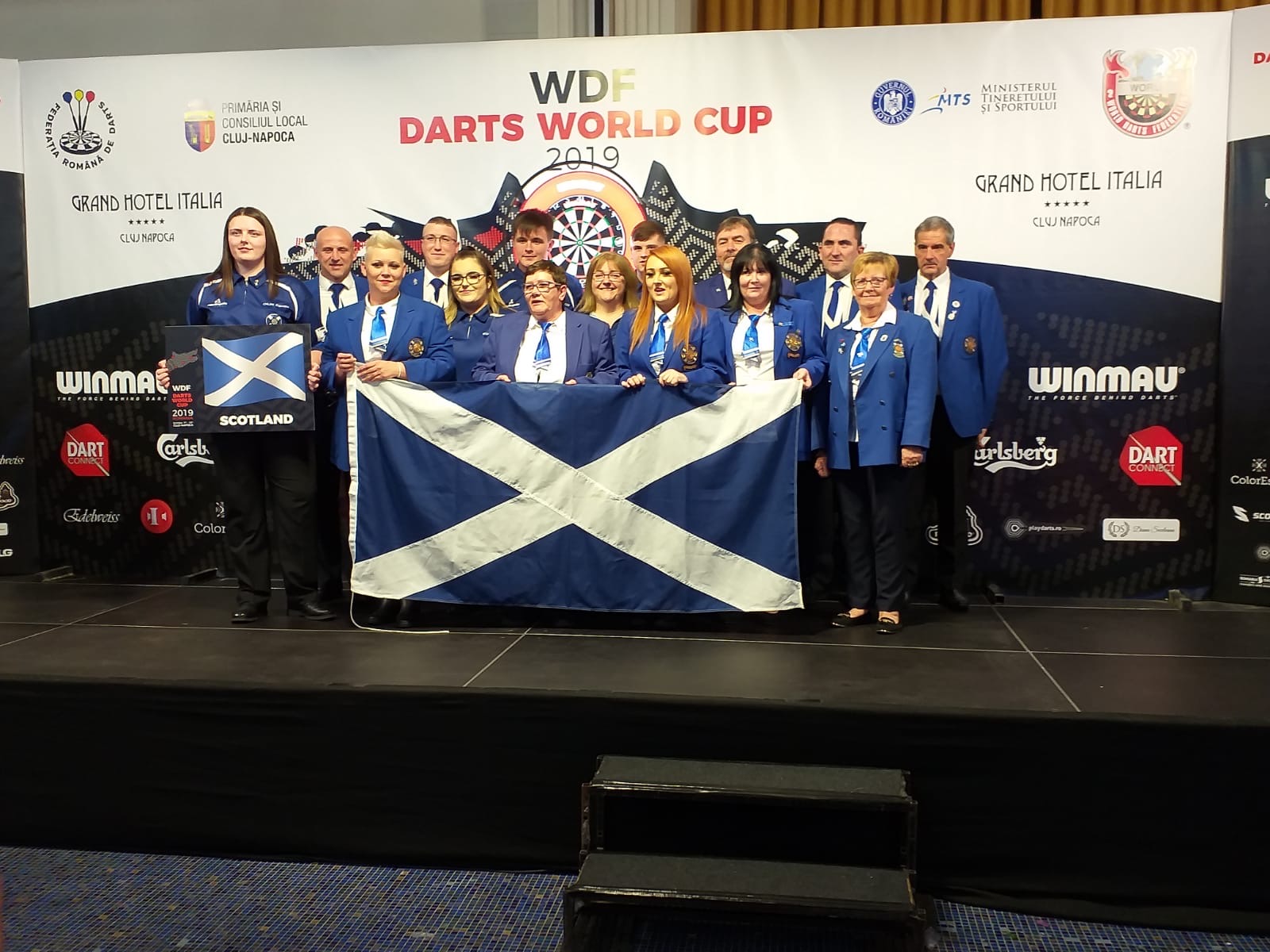 The Scottish Darts Association (SDA) came into being on Sunday 31st October 1971 in the Station Hotel, Stirling, where Ayrshire organiser Bill Boyd finally realised a lifetime’s ambition to form a central organising body for darts in Scotland.

At the well-attended meeting Bill Boyd was appointed the Secretary/Treasurer of the Association, with Glasgow fixtures secretary Frank Quinn as President and Tom Frost from Inverkeithing as Vice President.

It was envisaged that in the first year the Committee would organise SDA Singles, SDA Doubles and an SDA team event which was to be four a side.

These events were able to be held thanks to the generous sponsorship of the Glasgow Evening Times which already supported a major individual darts championship in Scotland. This was to continue but would now be under the auspices of the SDA.

The first Singles champion in 1972 was Arbroath player George Nicol who celebrated his 42nd birthday in style defeating Kilbirnie’s Matt Denholm in the final at Irvine Drill Hall in Ayrshire.

Falkirk’s John McSkimming & Peter Hendry were the inaugural SDA Pairs champions in 1972 and the four man team title went to Dumfries who defeated Clydebank in the final, although this event did not get off the ground until 1973.

In those early days the existence of the SDA led to Scottish darts players being able to take part in National competitions run by the National Darts Association of Great Britain (NDAGB) and eventually Scotland also got its own Division in the unofficial World Championship of those days, the News of the World Darts Championship run by that national newspaper.

Over the years the SDA has introduced many more competitions including events for lady darts players which started in 1978 with the first ladies champion Isobel Campbell from Dumfermline.

Youngers Tartan Special injected large sums of money into darts starting up the SDA Super League in 1975 for select teams made up of the cream of the SDA League members. The first title went to Stirling who defeated Coatbridge in the final at the Tartan Club, Edinburgh.

The Ladies Super League did not start until 1988 when Forfar B got the better of the powerful Bon Accord Ladies league from Aberdeen at the City Halls, Perth, which the SDA adopted as their unofficial “Hampden of Darts”. The Super League finals enjoyed seven years of participation in Perth until the venue closed.

Scotland joined the BDO in the 1976/77 season with Ayrshire, Central, Fife, Grampian, Greater Glasgow and Lanarkshire the original counties involved. Fife were the champions in both Ladies A and B while Ayrshire won the Mens A and Central took the Mens B.

Scotland is currently divided into Scotland North and Scotland South and in the early days of the competition the winners in the North would play the South winners to find the overall champions but nowadays there is no play-off leaving a North and a South champion.

The SDA has enjoyed many major tournaments over the years with the Kensitas Mixed Threes, the Grouse Fours, the Tennents 9 Man Team and the highly rated Scottish Open.

The SDA were honoured by being chosen to host the 1983 WDF Darts World Cup in Edinburgh and the first Scottish Open was run in conjunction with this event. Sadly it was discontinued and did not re-appear until 1995 and has been run since then to great acclaim at various venues throughout Scotland and latterly at the Normandy Hotel, Renfrew.

Of course the success of the BICC leagues led to Scotland taking part in International events and they have been quite successful over the years at the British International Championships, the International KO Cup, the Europe Cup and the World Cup and Scotland were declared the champions at the inaugural Celtic Challenge event in Glenrothes when they competed against the International sides of Wales and Northern Ireland.

The SDA became incorporated and registered as a limited company on the fifth of August 1987 and are a private company limited by guarantee without share capital.